When the FDA and USDA Fall Short 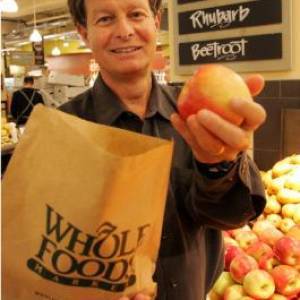 Proponents of big government often argue that private industry would not self-regulate if there were no government body to oversee things. If there were no building code, corners would be cut and workplaces would grow increasingly dangerous.

If there were no occupational health and safety standards, we may have never gotten out of industrial revolution-era working conditions, where 18 hour days were common and lunch breaks were rare.

There's no question that oversight and regulation rein in the free market, and improve it for the worker and the consumer.

Sometimes standards laid out by governing bodies are just too lax. They serve as a good minimum, but they don't enforce high quality.

Other times, they don't even enforce a safe minimum.

Over the last twenty years, the Food and Drug administration has deferred a lot of its regulation of food safety. In 2011, the FDA inspected just six percent of domestic food producers, and a pathetic 0.4 percent of importers.

That's because self-regulation is usually the rule.

Unfortunately, consumers often have no idea what lengths food producers and sellers go to (if any) to protect their safety.

Whole Foods Market (NASDAQ: WFM) has been proudly changing the game with its self regulation standards.

Its produce goes through some of the most strict procedures.

Whole Foods has created a 300-point rating system for its fruits, vegetables, and flowers. It's the way the company goes above and beyond government regulations, and assures its customers have access to the best produce it can supply.

This is, after all, the first “core value” that the company lists in its mission statement.

Behind the scenes, Whole Foods measures 16 different aspects of growers and farms, and then places their produce on three different tiers: Good, Better, and Best. These aspects include protection of air/energy/climate, soil, water, waste reduction, human/worker welfare, water conservation and protection, protection of ecosystems and biodiversity, and GMO transparency.

Farms must also use no irradiation, no biosolid fertilizer, and use only certain types of pesticides. Whole Foods' pesticide guidelines are themselves quite exhaustive.

For example, it bans a long list of the pesticides used overseas and not registered with the Environmental Protection Agency.

But it goes further and also restricts the use of acephate, aldicarb, endosulfan, ethoprop, oxydemeton methyl, methomyl, dimethoate, oxamyl phosmet, chlorypyrifos, diazinon, and carbaryl, which are allowed in the US to varying degrees.

To address the recent die-offs of huge amounts of honeybees, Whole Foods has placed an additional restriction on neonicotinoid insecticides. This family of insecticide has been shown to contribute to, or outright cause colony collapse disorder in bees and other important pollinators.

Therefore, if a company uses clothianidin, imidacloprid, thiamethoxam, or dinotefuran, its produce is not allowed to receive a “best” rating from Whole Foods no matter how good its other ratings are.

The “Responsibly Grown” rating system is not some new catch-all system for the company. It works in conjunction with the other labels and guidelines that it has already adopted, including the organic certification, local certification, and other social and environmental certifications like Fair Trade, Rainforest Alliance, Protected Harvest, and Demeter Biodynamic.

As Far As It Can

Five years ago, Whole Foods surprised the world by announcing its self-regulation of “organic” products, vowing to only carry products that were certified under the USDA's National Organic Program. Under that program, products labeled as organic have to contain at least 95% organically-sourced ingredients

The current “Responsibly Grown” initiative took three years to develop and currently only covers half of the produce sold by Whole Foods.

What these timelines tell us is that Whole Foods is way ahead of the curve when it comes to bucking industry trends.

Bloomberg published a special report in 2012 examining self-regulation in the food industry, and found that most food audits do nothing to prevent foodborne illness.

If these companies don't self-regulate well enough to prevent thousands of incidents of sickness,  honesty in sourcing and labeling is practically a foregone conclusion.

Fortunately, Whole Foods is picking up the slack.