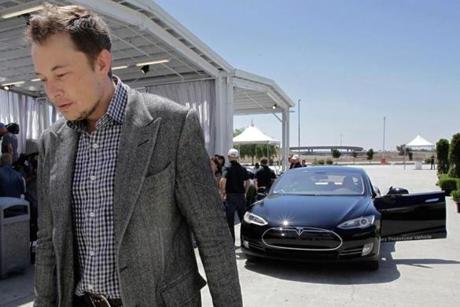 Without it, we'd all be lost.

Wandering around the vacant parking lots of America, stepping over the dandelion weeds that crack through the the asphalt and break out to greet the sun and rain, like drooling zombies with tattered footwear, we are nothing without the helping hand of extended warranty protections and fast-talking salesmen.

Well, at least that's what the National Automobile Dealers Association (NADA) is hoping you'll believe as it continues its publicity campaign against both individual choice and Tesla Motors (NASDAQ: TSLA), the car maker that pisses them off more than public transportation and those damn hippie bike riders.

The campaign began last summer, and according to NADA's chairman William Fox, they plan to continue to “promote the benefits of the dealer-franchise network.” Which begs the question: If it's so damn great, why do they have to promote it at all?

Fox assured a reporter from Ward's Auto that the dealer franchise model has also proven to work best for car makers. You know, because so many other car makers have tried or even been given the option of trying an alternative. But not really.

No, Tesla has really been the only automaker to try this, and it's actually proving to be quite successful. So successful, in fact, that NADA's running promotions to tell people how great dealerships are.

But just to ensure that dealerships can continue the illusion that you need them, the NADA is currently promoting a series of animated videos so you can “get the facts.”

I think the NADA is full of shit. But I also understand that their business model is being threatened. While I don't buy for a moment that car dealerships are these altruistic operations designed to protect me, I can't fault them for taking the initiative to defend their interests. So here's one of NADA's videos. Take a look, and decide for yourself.

In the meantime, I've already decided on my next car purchase. It'll be a Tesla, and I'm willing to bet that the purchasing process will be a lot easier and a lot more enjoyable than what I've been offered in the past via the outdated franchise dealership.