How to Invest in Local Businesses 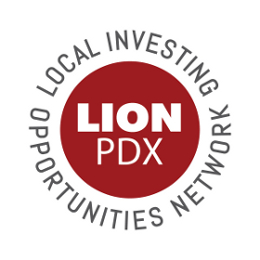 The great recession pounded the life out of small business lending.

Big banks went into high-risk protection mode, and small businesses that would have qualified for a loan in 2006 found themselves unable to secure funds just two years later.

The Fed cracked down on banks for making those risky mortgage loans, and lending standards rose across the board. Big banks are still hoarding their capital reserves and not issuing as many loans to keep ahead of stricter oversight.

According to the Biz2Credit Small Business Lending Index in May 2014, big banks approved just 20.4% of small business loans, while community banks approved 50.2% of the loans.

According to the index, however, the highest likelihood of approval comes from alternative non-bank lenders, with a 62.1% approval rating.

Unfortunately, many of these alternative lenders are the last places small businesses should seek money, like through merchant cash advance companies and daily debit lenders, which end up being extremely expensive.

Still other types of alternative lenders have proven to be much better options. One particular method developed in the Pacific Northwest, looks to be a beacon of hope for small businesses.

In this model, individual investors come together independently of banks and predatory lenders to raise capital for local businesses.

It's a loosely-organized structure that is hard to pin down, but it's got a catchy acronym: LION, which stands for “Local Investment Opportunities Network.”

Essentially, it's a network of locals investing locally, and it's part of the “Slow Money” ethos.

What they do is pretty simple. Members of these groups make private arrangements with businesses that need support, then directly offer them money. Usually they're simple debt loans, but equity stakes are also possible. The loans come at fair rates, and based upon the history of the Port Townsend model, they're also pretty low risk.

According to LION: PDX, there has only been a single non-performing loan out of more than 50 LION loans made to date.

It is neither a venture capital fund nor an investment club, though it requires a membership application. Members don't have to be accredited investors, but they do need initial approval to be part of the online community where investment opportunities are shared.

Size and scope of investments differ based upon the group.

The terms of each loan are different as well, but because the idea is to encourage local business, they're pretty fair. In Madison in 2010, the average return on investment for investors was between 5 and 7 percent.

Businesspeople who want to seek financing from investors have to also submit an application. In Portland, no judgement of the quality of the investment are made. The business only has to have been open for six months of successful operations, and be located within the greated Portland area.

The reasons are many, and some of them are forehead-slappingly obvious.

First, investors generally have a better knowledge of their own local area than they do of the whole system at large. They have to deal with local ordinances, and face the exact same weather disruptions that the businesses do. Investors can visit the business whenever they want, they can even be a customer themselves. The first-hand experience with investmenet targets is incredibly beneficial.

Secondly, the investment in local businesses is often shown to create a “dollar multiplier effect.” In other words, when a dollar is spent at a local business, it actually turns around and generates three times more local activity than if the dollar was spent in a chain/corporate store.

Third, the lenders and borrowers are citizens alongside one another in the same community, intimate relationships are formed in the process, and mutual interests are served. Foodshed Investors refer to this relationship as “nurture capital.” Investors forge close, personal relationships with the people who make the products they consume.

Investors plow their money into the businesses they use themselves.

Lions --the “king of the jungle” kind-- are highly territorial creatures and occupy the same space for generations. They communally protect their space and communally raise their young. LION investors are similar, they protect and nurture their territory with pride.