Let's Build a Nuclear Power Plant on a Volcano! 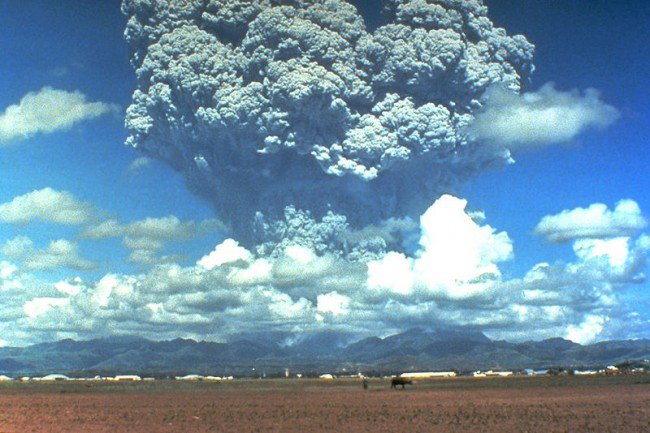 So I'm pretty sure the Three Stooges planned most of Japan's nuclear power plants.

Check out this recent piece from Reuters:

Japan warned on Friday that a volcano in southern Japan located roughly 64 km (40 miles) from a nuclear plant was showing signs of increased activity that could possibly lead to a small-scale eruption and warned people to stay away from the summit.

Who builds a nuclear power plant 40 miles from an active volcano?

Probably the same folks who built one on the shores of an historic tsunami zone.

As I've written in the past, nuclear power crises unfold not because of the splitting of isotopes, but because of human error. Truth is, we're just too arrogant to be charged with the responsibility of building and operating nuclear power plants.

Of course, Japan is home to more than 100 active volcanoes and rests upon the ring of fire. So certainly it's the perfect place to for a nuclear power-based energy economy. (Sarcasm)

In the meantime, Prime Minister Shinzo Abe continues to work hard to get Japan's more than 40 workable reactors back online, noting that the power is stable and relatively cheap compared to other energy sources and key to Japan's economic recovery.

That is, of course, unless a nuclear power plant melts down.

But Nuclear is Cheap!

Estimates of total economic loss as a result of the Fukushima disaster are as high as $500 billion. Clean-up costs are expected to be more than $100 billion.

The new ice wall they're building to contain radioactive water is going to cost about $500 million, plus another $660,000 worth of electricity a year to keep it operational. Oh, and no one knows if this is even going to work. There have actually been a myriad of problems with this thing since day one.

Then consider the loss of a very large productive area of land (especially important in Japan where there isn't much to begin with), which is pretty much useless for the next 50 years.

But sure, yeah, nuclear is relatively cheap and good for the economy – just so long as there aren't any more meltdowns. Folks, with extreme weather conditions becoming the norm, active volcanoes and the certainty of more major earthquakes, I suspect Japan is only one act of God away from another nuclear power crisis.

Of course, none of this really matters. As long as governments continue to subsidize nuclear power, it'll always be “cheap.” And this is why nuclear continues to grow across the globe. But with all the renewable energy technology we have at our fingertips today, it is beyond irresponsible to continue to build new nuclear power plants and extend the lives of the old ones.

I will be curious, however, to know how the world will respond the next time a nuclear power plant melts down. I give it five to ten years. Around the time when a combination of solar, wind, geothermal, energy efficiency measures and electricity storage will be economically viable, providing a steady flow of electrons 24 hours a day, in nearly every part of the globe – and without the assistance of massive subsidies.