This past Saturday, construction began on the first of seven 10-gigawatt wind power bases in China.

We initially told you about these wind power bases last month, when the vice president of the Chinese Wind Association announced the project — which is to be completed by 2020. Certainly this is a major part of China's wind power goal of 100 gigawatts by 2020.

But as we've said time and time again, this is a global trend.

While new government support in China and the United States is providing fertile ground for opportunity, it cannot be the sole focus of our strategy to profit from renewable energy.

Yes, because of renewed momentum in the U.S., our favorite wind developer play has shot up 112% since the beginning of the year. And we'll continue to play this one too, as the stock has really only scratched the surface as far as what it'll produce over the next six to eight months.

But the world is a big place. And the fact is there are already hundreds of active wind farms across the globe. Here's a map to give you an idea where most are concentrated today. . . 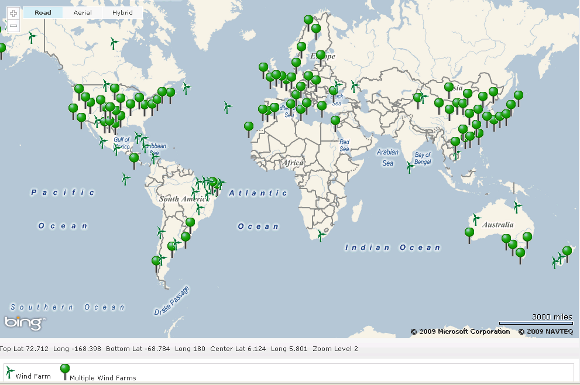 And here's a map that shows wind farms currently under production: 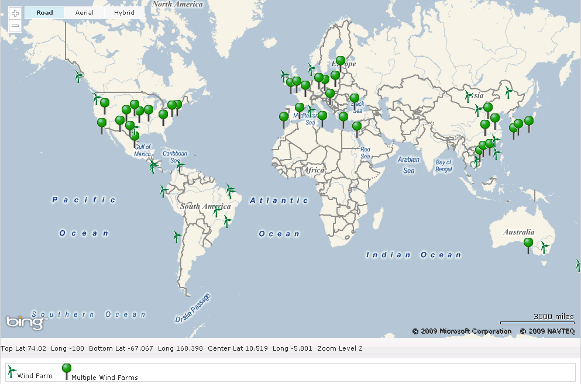 Finally, here's a map of wind farms that are now planned for future development: 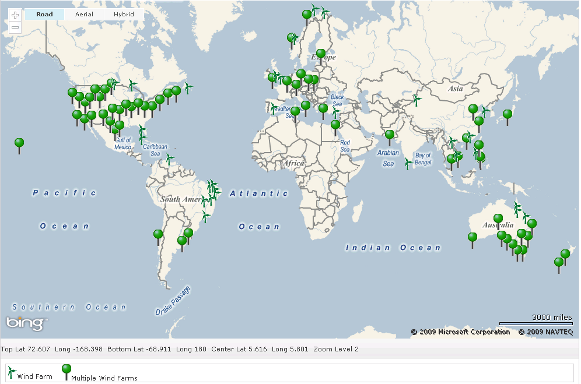 That's A Lot Of Turbines!

As is no surprise, some of the largest wind turbine suppliers continue to be Vestas, Gamesa, Suzlon, and GE. And it should be noted that Sinovel is becoming a pretty big player in China.

Sinovel is one of the largest and most successful wind energy companies in the country. And if you know anything about how the Chinese do business, you know that Chinese suppliers are almost always given top priority.

That being said, one U.S. company that's been benefiting from Sinovel's momentum is American Superconductor (NASDAQ:AMSC).

Back in 2007, American Superconductor (through its Windtec subsidiary), landed a deal with Sinovel to jointly develop 3- and 5-megawatt wind energy systems. But a couple of weeks ago, American Superconductor announced that it had increased its sales contract with Sinovel by $20 million, making the total deal now worth $470 million. Sinovel is also AMSC's largest customer, responsible for about 70% of its order book.

And if you're wondering how American Superconductor has done this year, take a look. . . 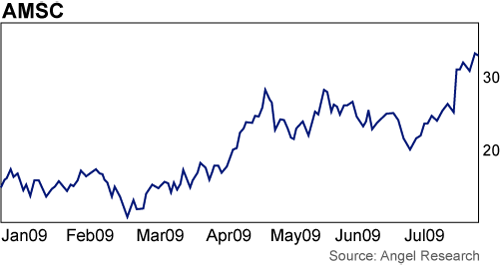 We'll have more on China's burgeoning wind industry later in the week, when our international renewables expert, Sam Hopkins, gives us a look into the future of Chinese wind development.

To a new way of life, and a new generation of wealth. . .